All the products made by SUMALIM S.L. as a manufacturer for urban furniture and playgrounds for over 25 years, are certified by the European TÜV EN-1176. The production process relies on the TÜV GS certification, issued by the Company TÜV SÜD, based in München (Germany). SUMALIM has become the ISO 9001: 2008 certification for the design, marketing and manufacture of playground equipment and urban furniture as well as the ISO 14001:2009 certification, which certifies the environmental regulatory compliance of the management standards.
The company has obtained the PEFC certification that guarantees the chain of custody of a sustainable management of the forest. 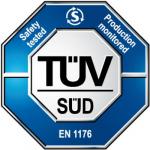 The TÜV EN-1176 certification is a norm at the European level that guarantees the safety and quality at children’s play areas. It specifies the requirements that will protect the children from damages that he will not foresee when the equipment will be used as expected or in such a way that it may be reasonably anticipated. Through the execution of real tests (weight, stability, lifetime of the material…) the quality will be tested as far as the resistance of the product and its safety. It also, contains the recommendations of installation and the use of the equipment in the playing area. 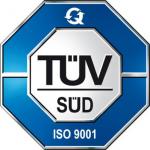 The regulation ISO 9001:2008 is a norm created for certifying the quality management systems that can be used for his internal application process by the company itself, for certification or for contractual purposes.

The TÜV GS consist on the law enforcement in accordance with the German law of security of equipment and products, certified by the TÜV SÜD. 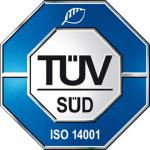 The ISO 14001:2009 regulation certifies the environmental management system. The standard has been designed to manage the delicate balance between maintaining of profitability and reducing environmental impact. With the compromise of the whole organization, it allows to achieve both objectives. 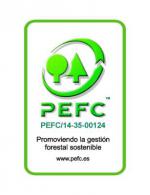 The PEFC certificate guarantees the chain of custody of the forest based products. The possession of this certificated proofs the evidence of the compliance of our chain of custody system with the Annex IV from the technical document of the PEFC and with the Spanish system of certification of the sustainable forest management of PEFC -Spain. 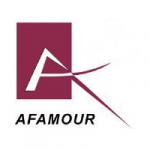 AFAMOUR is a Spanish business organization representative for the interest of the manufacturer of urban furniture and of children’s playground at national basis. Since his constitution AFAMOUR is an associated partner of the Spanish businessman and industrial federation of furniture (FEDERMUEBLE), what in turn is associated with the Spanish Confederation of Wood Entrepreneurs (CONFEMADERA). Furthermore, AFAMOUR is a member of the Federation of the European play industry (FEPI), that provides a broad overview of the market outside the borders of Spain.

Quality and Enviromental Policies and PEFC